Ali ibn Abd al-Rahman al-Umrani “al-Jamal” (Arabic: سيدي علي الجمال) was a great Gnostic from Fes. His kunya, “al-Jamal” (the camel) is from an anecdote wherein he was seen moving a camel from the middle of the road to the side. Those that saw him remarked: “He is indeed the camel!”

During his life, he served for the Moroccan administration, before he travelled to Tunisia to learn from the Sufis there. He later returned to Fes where he built his zawiya. His most significant teacher was Sidi al-Arabi ibn Ahmad ibn Abdullah.

He was the teacher of Moulay Muhammad al-Arabi al-Darqawi (d. 1823), from who the Shadhiliyyah–Darqawiyyah Tariqa takes its tradition, as well as the teacher of many other gnostics from the Shadhili order. Sidi Ali al-Jamal’s teachings are exhibited in the letters of Moulay Muhammad al-Arabi ad-Darqawi to his pupils, which have been translated into English and made into a book called The Darqawi Way.

Sidi Ali al-Jamal would often see the Prophet Muhammad ﷺ in his sleep and in a wakeful state. About this, he said:

His student Moulay Muhammad al-Arabi al-Darqawi said about him:

By Allah, our Shaykh Sidi Ali al-Jamal was more consumed by the essence of the Messenger of Allah ﷺ than Sidi Abbul Abbas al-Mursi!

In his letters, he also said:

It occurred to me – and Allah knows best – that he was perhaps stronger then Sidi Abbul Abbas al-Mursi from what I saw of him in terms of absorption in witnessing the Prophet ﷺ and in his communication with him ﷺ.

Sidi Ali al-Jamal died in Fes on the night of Saturday 29th of Rabiul Awwal, in the year 1193 AH or 1194 AH. He was 105 or 106 years old when he passed away. He was buried the next day in his Zawiyya, close to the mosque of Shuayb Abu Madyan al-Ghawth. A tomb was built for him and next to him lie a number of his companions and their companions. 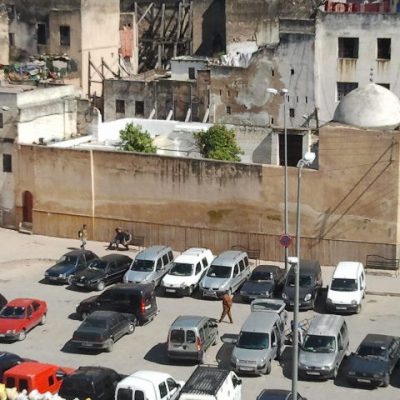