Qadi Iyad’s (Arabic: القاضي عياض) full name is Abu’l-Fadl Iyad ibn Musa ibn Iyad ibn Imrun ibn Musa ibn Muhammad ibn Abdullah ibn Musa ibn Iyad al Yahsubi, the famous Imam. He was born in Ceuta in the month of Sha‘ban, 496 AH and lived there although his family originated from Andalusia. His surname, “Yahsubi”, comes from Yahsub ibn Malik, the tribe of Himyar in Yemen. He is best known for authoring the highly treasued book ash-Shifa (the healing), a detailed work about the beautiful life of the Prophet Muhammad ﷺ.

He is one of the 7 saints of Marrakech and his tomb is visited frequently by many.

According to his son, Muhammad, his ancestors originated in Andalusia and then moved to the city of Fes, staying in the Qarawiyyin at some point. ‘Imrun moved to Ceuta after having lived in Fes.

Qadi Iyad was the Imam of his time in hadith and its sciences. He was a scholar of tafsir and its sciences, a faqih in usul, a scholar in grammar, language and Arabic speech, as well as in the battles and lineages of the Arabs. He had insight into judgements and had the legal competence to write contracts. He preserved and knew the Maliki madhhab. He was an excellent poet, familiar with literature and an eloquent orator. He was steadfast, forbearing and a good companion. He was generous and gave a lot of sadaqa. He was constant in action and tenacious in the truth.

He travelled to Andalusia in 509 in search of knowledge. In Cordoba he studied with Qadi Abu ‘Abdullah Muhammad ibn ‘Ali ibn Hamdin and Abu’l-Husayn ibn Siraj, Abu Muhammad ibn ‘Attab and others. He received an ijaza from Abu ‘Ali al-Ghassani. In the east, he studied with Qadi Abu ‘Ali Husayn ibn Muhammad as-Sadafi and others. He was very keen to meet the shaykhs and learn from them. He was taught by Abu ‘Abdullah al-Mazini. He wrote to him to ask for an ijaza. Abu Bakr at Tartushi gave him an ijaza. One of his shaykhs was Qadi Abu’l-Walid ibn Rushd. The author of as Sila al-Bashkuwaliyya, who may have had it from Abu Zayd, said that he had a hundred shaykhs, some of whom he merely listened to and some of whom gave him an ijaza.

The author the Sila said that he compiled many hadith and had great interest in the science of hadith and was intent on gathering and learning them. He was one of the people of proficiency in knowledge and understanding.

When he returned from Andalusia, the people of Ceuta held him in great esteem for his discourses on the Mudawwana when he was about thirty years old. Then he was asked to give legal advice and then appointed qadi of his city. He remained in this post for a long time and his conduct as qadi was universally praised. Then he was transferred to the qadiship of Granada in 531, but did not remain there very long and became qadi of Ceuta once again. The author of the Sila says that he went to Granada and the people there learned some of what he knew.

When the Muwahhids were victorious, he travelled to Sila to meet their Amir and stayed until the affairs of the Muwahhids became unsettled in 543. After this Qadi Iyad’s situation became untenable and he went to live in Marrakesh, an exile from his home, finally dying and being buried there. He died in the month of Jumada al-Akhira or Ramadan in 544 AH. It is said that he was poisoned by a Jew. He was buried at the Gate of Ilan inside the city.

He wrote many excellent books including Kamal al-Mu‘allim, a commentary on the Sahih of Muslim, and the Shifa’, which is a most extraordinary book. No one disputes the fact that it is totally unique nor denies him the honour of being the first to compose such a book. Everyone relies on it and writes about it usefulness and encourages others to read and study it. Copies of it have spread east and west.

He also wrote the Kitab Mashariq al-Anwar (The Rising of Lights) , on the explanation of the gharib hadith in the Muwatta’, Muslim and al-Bukhari. He determines the proper vowelization of phrases, elucidates doubtful passages and misspellings and verifies the names of the transmitters. If this book had been written in gold or weighed against jewels, it would not cover its worth.
He wrote the Kitab at-Tanbihat al-Mustanbita (Discovered Admonitions) on the Mudawwana in which he put all the unusual phrases as they should be properly vowelled and he formulated its questions. He wrote the Kitab Tartib al-Madaraik wa Taqrib al-Masalik on Imam Malik ibn Anas and the notable men of the Maliki madhhab.

Some of his books remained unfinished. Among them are: 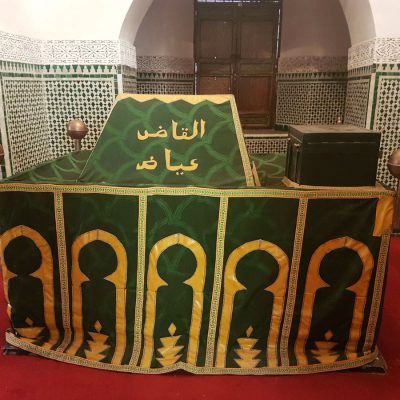 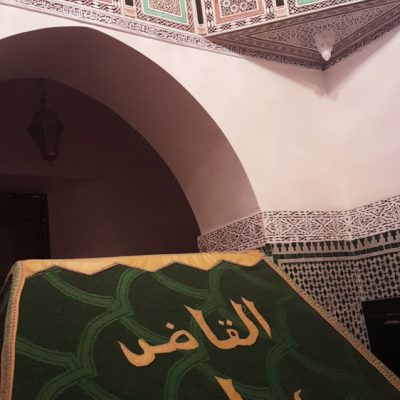