Sidi Abu Muhammad Abdallah al-Ghazwani (Arabic: سيدي عبد الله الغزواني) was the spiritual successor of Abdelaziz al-Tebaa and later became one of the 7 saints of Marrakesh. A bedouin by origin, he is locally known as Mul al-Qusur (Master of Palaces). After studying in Fes, he carried out further studies in Grenada, before moving to Marrakech to complete his training under his Shaykh, Abdelaziz al-Tebaa. He became the third major Shaykh of the Jazuliyya Sufi order which flourished in fifteenth and sixteenth century Morocco. In Marrakech, he was jailed for several years by the sultan of the time who grew jealous of his popularity. The Shaykh is attributed to coining the term al-Tariqah al-Muhammadiyya (the path of Muhammad) for one of the first times. One of his works is al-Nuqta al-azaliyya fi-l-sirr al-dhat al-Muhammadiyya (The Eternal Point in the Mystery of the Muhammad Essence). 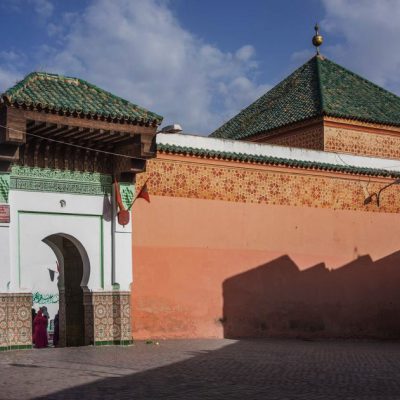 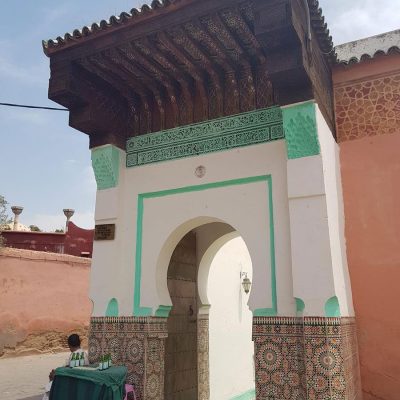